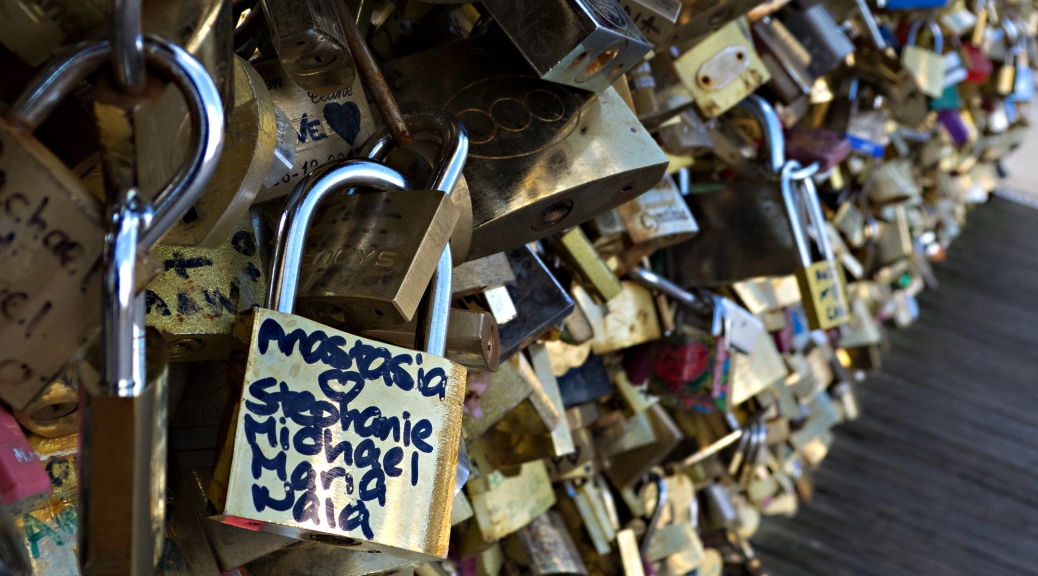 Paris, the city of love, will need to become creative again and find new ways to express affections due to the determination that the Love Locks phenomenon  has caused a degradation of the heritage of Paris, the heavy weight upon the bridge is causing harmful damage and a safety hazard to tourists. The tradition of adding a padlock has been traced to an Italian teen novel titled I Want You published in 2006.     ~USA Today

So, how do you correctly say “goodbye” when in France?

1. Say “au revoir” in any setting. This is the standard French translation of the English “goodbye” and it can be used in both casual and formal settings, with strangers and friends alike. 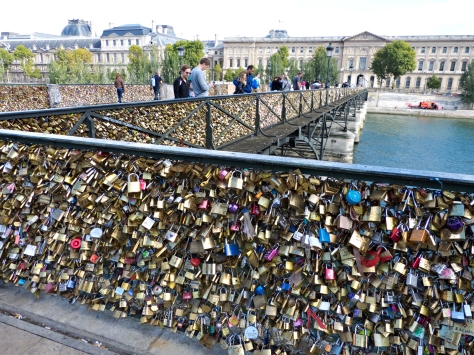 2. Use “salut” informally. You can use salut as a way of saying “bye” when among friends or in other casual settings. 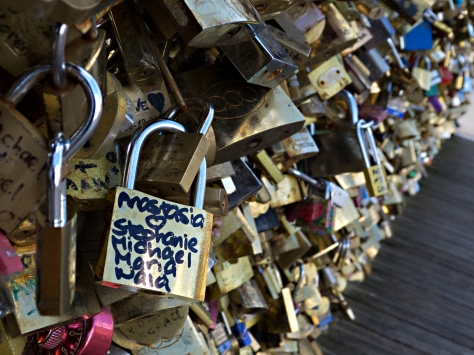 3. While adieu is no longer as common as it once was, it can still be used in most contexts as a way of saying farewell.

A rough pronunciation of adieu would be and-joo. 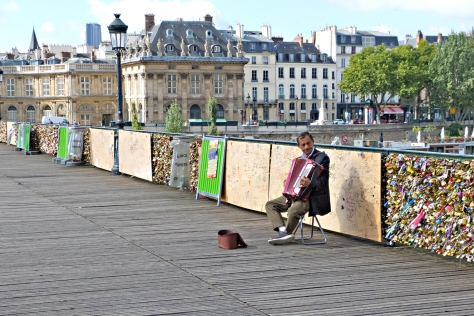 This lonely accordion player will need to find a new location so he can continue to share his cheerful disposition. Bon voyage!

How to Say Goodby in French ~ WikiHow

…washing the dust of daily life off our souls. ~ Picasso