The quiet morning makes it difficult to imagine I am walking on the very ground that Charlemagne’s Christian forces defeated Aigolando’s Muslim army in the 8th century.

Guendulain palace is in the woods to my right if one takes the time to look back while embarking on the gentle climb to Alto del Perdon. 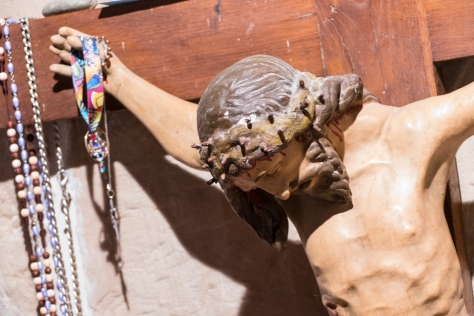 The small village of Zariquiegui features the Romanesque Church of Saint Andrew.

I enter the doorway and never tire of gazing at the intricate details.

Church visit includes a DIY stamp for the Pilgrim Passport. 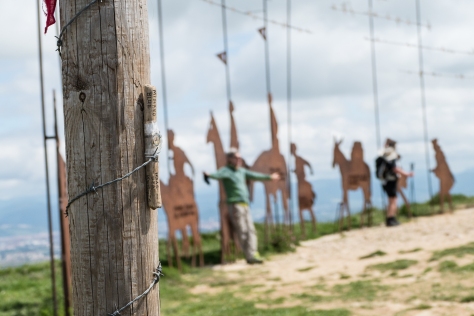 Pilgrims capture celebratory photos after reaching the top of Alto Del Perdon. Apparently, someone thought it would be appropriate to leave a cigar.

I am determined to tackle the extra hike to Eunate, a 12th-century Romanesque church all alone in the countryside. Brierley’s book states it is 2.8 km to Eunate and I appear to be the only one hiking to the spot this late in the day… no Pilgrims in site. 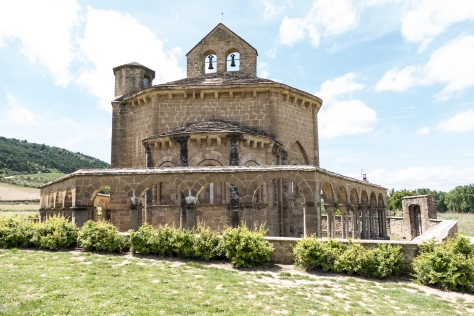 The early documented reference to Eunate dates from 1487. Due to its octagonal plan, the first theories stated that Eunate was a Templar church. Another possibility… A military order, the Order of Saint John of Jerusalem or Knights Hospitaller, could have operated a hospital (‘hostel’) for pilgrims to Santiago. Archaeological excavations have found many burials and the typical St. James’ shells.

The last few kilometers are pretty lonely this late in the day, so I am delighted to finally see another pilgrim in sight. She knows very little English and I do not know any Korean, but we seem to both find comfort in each other knowing we are on the correct path to Puente la Reina.

…washing the dust of daily life off our souls. ~ Picasso